One of my very favorite books is Joan Crawford’s bonkers autobiography, “My Way of Life.” From its unapologetically bossy title to the many snapshots inside – gems like her maid, Mamacita, stuffing the sleeves of Joan’s shoulder-padded business suits in preparation for one of her many business trips for Pepsi Cola – this book is a real page-turner! 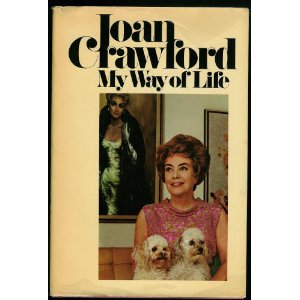 The cover of this rare book (they go for BIG bucks on Ebay!) features an amazing photo of Joan sitting below an enormous and somewhat disturbing portrait by the one and only Margaret Keane, best known for her “big-eyed orphans.” 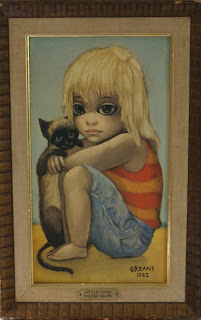 Granted, those saucer-sized peepers look downright adorable when they are cautiously peering out from under the wispy bangs of an emaciated little street waif playing the guitar or a dirty Dickensian ragamuffin holding a rat-like kitten while standing next to a trash can in an alley. 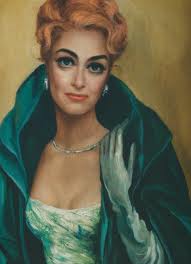 But when they are boring into you from below the world-famous caterpillar eyebrows of an adult woman in a full-length white evening gown with matching opera gloves and a dark aquamarine wrap coat, dripping in diamonds, it’s just plain creepy. And as if that wasn’t strange enough, perched on Joan’s lap are two rather sickly looking off-white toy poodles. It’s hard to believe that Joan, quite possibly the world’s most famous neat freak, would pose for a photo – destined to be a book cover, no less – without everything being just perfect, but I’m sorry, those dogs look filthy. “I’m not mad at you, I’m mad at the dirt! You have to clean UNDER the dogs’ eyes, Helga!” Yes, Fifi and Pepe’s eyes look oozy, and Joan’s look particularly boozy – and perhaps therein lies the explanation. So essentially, the cover of the autobiography of the poster child of all Control freaks features EIGHT really spooky eyes. 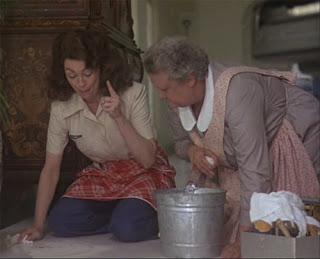 But I am not making fun of La Crawford.  This is merely some good-natured ribbing directed at a goddess I actually worship. And although I have said it many times, I think it bears repeating that I do not believe one word that spilled from the mutinous mouth or poisoned pen of that LYING DESIGNER SACK OF ADOPTED SHIT, CHRISTINA CRAWFORD! That being said, let’s get to the point, shall we?

I often like to imagine what it would be like if Joan was doing the same exact thing that I happened to be doing. And more specifically, how she would have written about it in “My Way of Life.” The rules are simple: First, Joan would NEVER abbreviate or shorten ANYTHING – that would be downright lazy. 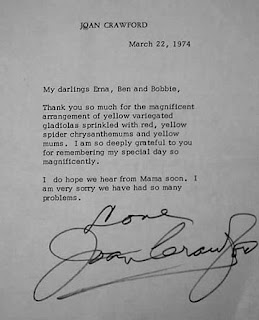 Second, Joan has a way of over-explaining even the most mundane and obvious things, but in the most pleasantly soothing and proper albeit patronizing way. 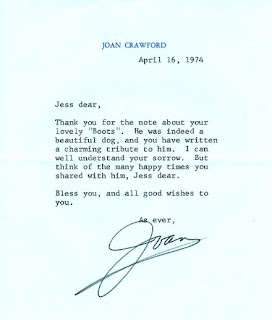 And finally, Joan would creatively add drama and glamour to it all. That’s the way she lived and the way she wrote. 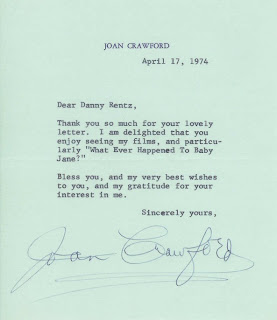 Okay, so I am going to drive to Palm Springs tomorrow with my friend, Muffy Bolding, to perform for Gay Pride. We may stop for a bite to eat on the way. Sounds like fun, huh? Well, just wait until Joan gets ahold of it!  Keep in mind that this is still me, Jackie Beat, writing… But it’s me channeling the style of Joan!  Take it away, Joanie… 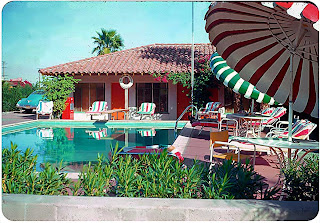 Tomorrow morning I shall awaken around 7 AM so as to get an early start on my busy day. You see, I am taking one of those wonderful little automobile trips to the most delightful and magical of all places, the desert oasis known as Palm Springs. I will be performing later that evening for a group of wonderfully creative and stylish young men who are celebrating some sort of accomplishment, the surrounding details of which I am not entirely sure. Many of these gentlemen will be bearded, or at the very least mustachioed, as that is currently the popular style among this particular group of so-called “confirmed bachelors.” 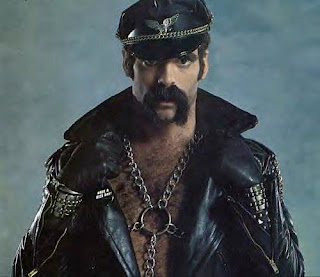 With a schedule as busy as mine, even as simple a trip as this is a real treat! As such, I thought it a great idea to bring along one of my very favorite people, with whom I never seem to spend enough time.  So, although I am a very independent woman and have never felt the need for a bodyguard or chaperone, I am bringing along with me one of my oldest and dearest friends, the enigmatic lady writer, Muffy Bolding. You may be shocked to learn that Miss Bolding is, in fact, a Mrs., but I can assure you this is indeed the case. She is wife to her dashing husband, Gregory, and mother to her three well-mannered and immaculate children – all future actors, I’m quite certain. Let me just say that the good-looking, shiny apples don’t fall far from the witty, iconically bespectacled tree! 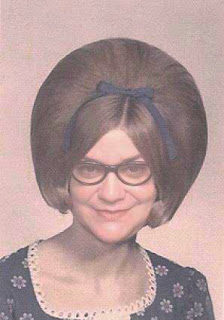 Though it is not a terribly long drive from Los Angeles to Palm Springs, I am making sure to factor in plenty of time so that Muffy and I may stop for a leisurely luncheon while en route. Despite the fact that I have eaten at some of the finest restaurants in all the world, you may be quite surprised to learn that I greatly enjoy putting on a pair of comfortable dungarees, a simple gingham shirt, and going on a casual picnic. And to me, stopping at one of the many roadside diners along the way will be rather like picnicking for a couple of harried Hollywood hobos like Muffy and myself. Yes, I cannot wait to pull in, park the car and, by stepping into a humble no-frills eatery, in essence travel back to a simpler time, if you will. The friendly waitress – no doubt named Doris, Dolores, Dottie or something equally as unassuming and unabashedly American -- will greet us, kindly inviting us to sit wherever we’d like, and perhaps even suggesting a few of her favorites from the limited but homey menu. We, of course, will listen politely – maybe even feigning interest in an item or two – all the while knowing exactly what we want. For me it will be a hamburger sandwich, cooked well-done. Now I can hear more than a few of you haughty gourmands out there clucking your tongues in culinary judgment, but in this day and age that mélange of ground beef could easily be from several hundred different head of cattle, so I always make sure that my ground beef – along with any possible bacteria – is properly cooked into submission! I still enjoy steak tartar, but you must understand that is made from one top quality piece of meat from but one animal, mind you. But enough about that! I will also ask that my grilled hamburger be served on a toasted bun with generous dollops of both mayonnaise and prepared yellow mustard. In addition, I shall gently request a nice thick slice of raw white onion (good for the heart and blood!), some ripe red beefsteak tomato and just a few crisp leaves of crunchy iceberg lettuce. On the side? French-fried potatoes, of course! And while it may raise a few eyebrows in that charming but unsophisticated roadside chuckwagon, I happen to prefer mine dipped in decadent Thousand Island dressing as opposed to fancy tomato catsup. God forbid anyone recognizes me as a celebrity behind my dark sunglasses or beneath my straw hat as I indulge this admittedly perverse condiment fetish (I learned it from an eccentric but extremely handsome foreign co-star), as it may just make its way into Monday's gossip columns! 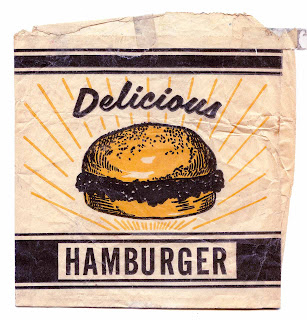 Knowing my pal, Muffy, she will order a big hearty bowl of soup. Muffy just loves soup! And I honestly don’t think it matters the variety, so long as it’s piping hot and accompanied by some fresh-baked bread and butter or at the very least some saltine crackers or those delectable cellophane-wrapped Rye Krisp that always seem to sneak into my handbag, along with those addictive Andes mints, for later. Again, I can imagine more than a few of you rolling your eyes out there and saying, “They’re driving to the desert! Who on God's green Earth would have soup?” Muffy would, that’s who! And, trust me, she will. And speaking of the desert, I’m sure we two California camels will be quite parched and feel the need to order refreshing beverages the moment we sit down. Muffy will have an iced tea with some sort of dietetic sweetener, while I may opt for very strong, freshly-brewed (don’t be afraid to demand it!) black coffee for a much-needed little afternoon burst of energy. After all, we still have a bit of a drive ahead of us. But before we hit the road, we’ll share a nice big slice of homemade pie. And this time, we will indeed listen to the waitress’s suggestion. If she says the apple is particularly good, then that’s what we’ll have – with a piece of sharp cheddar cheese melting all over it like a smitten, tipsy lover. There truly is nothing better and it will be worth the extra calisthenics or the need to adopt a slimming program later in the week featuring nothing but large-curd low-fat cottage cheese, cling peaches in heavy syrup and Melba toast. Oh. what we do to stay in shape! 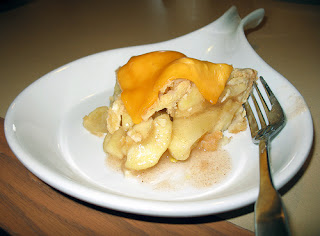 Oh dear, look at the time! We really must get back on the road if we are going to make it to our hotel in time for me to apply my cosmetics, and perhaps even a glamorous wiglet, for the stage. After "powdering our noses" we both pile back into my coupe, adjust the air-conditioning to our comfort level, tune the radio to something light yet upbeat, and we are once again on our way. Palm Springs or bust! 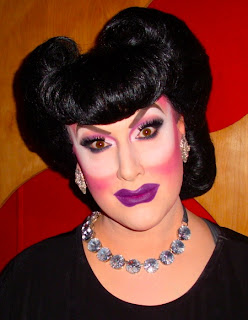